(Audio accompaniment.  WARNING: May cause tears!)

Six years ago, I met Mike and Lisa.  That evening, I recall being so extremely nervous that I accidentally got off the Far West Bus at the wrong stop and had to walk an extra mile or so to reach their home, which was on Old Quarry Lane at the time.  (Enter comment from Mel about how I have a penchant for getting off at the wrong stop on all forms of public transportation HERE.) When I finally arrived at their house, sweat was pouring from my brow and my shirt was soaked through thanks to my unplanned, little stroll in the lovely Texas heat.  This was not how I wanted to meet Mel’s sister and brother-in-law for the first time!  To make matters worse, M&L made their delicious homemade curry, which I LOVE now but at the time was WAY TOO SPICY for me, and so the red cheeks and excessive sweating continued.  I remember M&L stifling a lot of laughter from the kitchen, which I assumed was directed at how much redder I became with each spoonful of curry.  I would discover much later that all the laughter was actually due to the fact that they kept almost accidentally calling me “Patrick”, Mel’s previous boyfriend’s name!  I don’t remember too much about what happened later that first evening together, probably because I assumed that I’d already ruined everything and would never see them again.  Thankfully, that wasn’t the case!
Mike and Lisa opened their home to me.  Mel and I would eat at least one delicious, homemade meal with them every week it seemed and I very quickly developed a tolerance for the curry which, as I said,  became one of my favorite dishes!  We would share stories about our days at school/work, our families, about how much stuff we knew, whether we had showered regularly…the usual.  I think I recognized it at the time but definitely looking back now I am in awe of how much hospitality and love they showed me straight away with no questions asked.  It was unconditional and I quickly came to count them as members of my immediate family.  For the first time in my life, I had older siblings, Mike and Lisa, looking out for me! (And Indie too, of course!)

Three and a half years ago, Luke was born.  Luke and I hit it off from the get go!  While he was still a little chunky monkey, confined to a baby carrier, I would make faces at him and get him going on these HILARIOUS giggle fits!  The sound of Baby Luke cracking up would get everyone else laughing and before long the whole house was in stitches!  Mel and I were there the night Luke took his first steps.  In fact, I think Mel still has video of it somewhere.  There was something about that night, being present for such a momentous part of Luke’s life that really resonated with me.  Luke was the first person who, as an adult, I’d watched grow from a baby, to a toddler, to a little boy.  Mike and Lisa took care of all the hard parts that go along with raising a child and I just got to be present for the fun stuff!  It was an experience like no other! 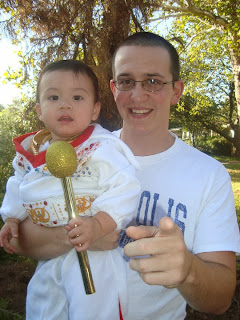 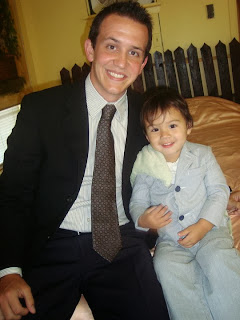 (Looking quite dapper in our suits, if I do say so myself!) 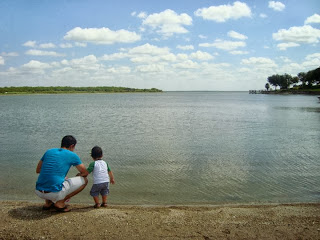 (At the Guthrie wedding.  One of my favorite pictures.) 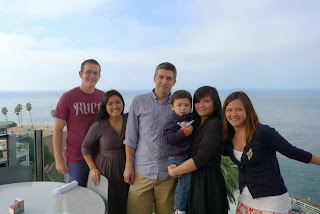 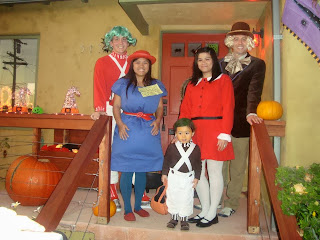 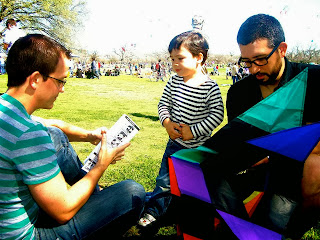 (Assembling the Kite of Death for The Zilker Kite Festival.) 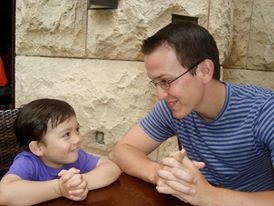 (Hanging out by The Riverwalk in San Antonio.) 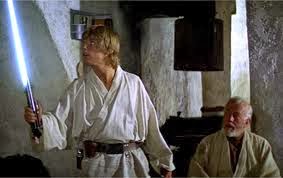 (I couldn't find a picture of it but this is basically how Luke and I hang out on a typical evening while Mike and Lisa prepare dinner.)
Austin won’t be the same without these guys and San Diego has no idea what good things are in store for them now that The Chamberlains are heading that way!  Although I expect the frequency with which I will be able to attend our weekly dinners will decrease in comparison to what it’s been over the past six years I know this isn’t the end and I want all three of you to know that I’ll think of you often.  I owe you so much for everything you’ve given me and while I may never be able to repay your kindness please know that I love you all as much as it’s possible to love another person!  Y’all are my family and that’s a bond that spans both distance and time.

-Thomas
Posted by thomas_wilder at 9:11 AM